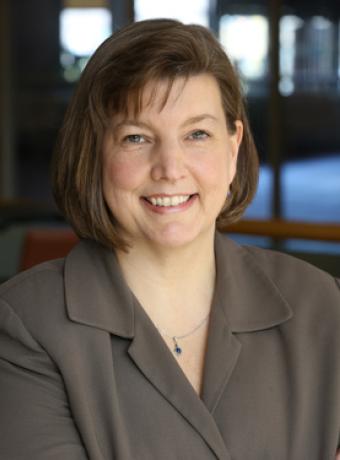 Prior to joining the Robina Institute, Mitchell was the Executive Director of the Minnesota Sentencing Guidelines Commission from 2011 to 2014, and worked as a staff attorney and manager for the Minnesota Judicial Branch from 2001-2011, where she served as the Branch’s liaison to other criminal justice agencies and was responsible for several statewide programs and services such as drug courts, the court interpreter program, and examiner services for sex offender civil commitment exams. Mitchell also provided legal support to trial court judges and court administrators on issues ranging from criminal and juvenile delinquency law to court records access and fines and fees in the criminal justice system.  She also provided legal support for several Minnesota Supreme Court rules and policy committees, and in this role led efforts to fully revise the Minnesota Rules of Criminal Procedure and the Minnesota Juvenile Delinquency Rules of Procedure.

Over the course of her career, Mitchell has held numerous appointments on committees and task forces on issues such as prison population control, probation supervision, sex offender management, and collateral consequences. She earned her JD from the University of North Dakota Law School, and has a master's in public policy from the University of Minnesota’s Humphrey School of Public Affairs.

Mass Probation and Health: Lessons Learned from an Interdisciplinary Research Project
07.20.21
Community Supervision and the COVID-19 Pandemic: Why We Need to Build a More Integrated Health System
04.17.20
What Are Sentencing Guidelines?
03.21.18
Women in Prison: A Small Population Requiring Unique Policy Solutions
09.06.17
The Importance of Case Law in Understanding How Sentencing Guidelines Work
07.26.16
END_OF_DOCUMENT_TOKEN_TO_BE_REPLACED