Members of the American Law Institute (ALI) voted at the end of May 2017 at the organization’s 2017 annual meeting to approve the final draft of Model Penal Code: Sentencing, a 15-year project led by Reporter Professor Kevin Reitz, Co-Director of the Robina Institute at the University of Minnesota Law School, and Associate Reporter Associate Professor Cecelia Klingele, University of Wisconsin Law School.

“This is an enormous accomplishment,” said Dean Garry W. Jenkins (University of Minnesota Law School). “Sentencing is contentious by its nature, and this project involved working closely with professors, judges, practitioners, and others, all of whom had strong opinions. It was a marathon of investigating, listening, debating, drafting, and redrafting—and in guiding it to a successful conclusion, Professor Reitz has done a great service to the legal profession, the law, and the nation.”

The project, launched in 2001, re-examines the sentencing provisions of the ALI’s 1962 Model Penal Code in light of the many changes in sentencing philosophy and practice that have taken place since its original publication. It provides guidance on some of the most important issues that courts, corrections systems, and policymakers are facing today: general purposes of the sentencing system; rules governing severity—including sentences of incarceration, community supervision, and economic penalties; the elimination of mandatory minimum penalties; mechanisms for combating racial and ethnic disparities in punishment; instruments of prison population control; victims’ rights in the sentencing process; the creation of judicial powers to review many collateral consequences of conviction; sentencing commissions, sentencing guidelines, and more. 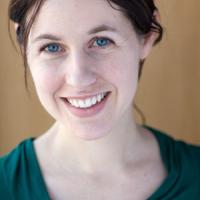 The Economic Rehabilitation of Offenders: Recommendations of the Model Penal Code (Second)