On October 27, 2016, President Obama granted 98 prisoner commutations, bringing to 872 the number of federal inmates who have benefited from his expansive use of presidential pardon power. Among his last round of commutations, on October 6, 2016, was 37-year-old Maria Marino, housed at Waseca, Minnesota, who was sentenced in Iowa in 2008 to a twenty-year mandatory minimum prison sentence for her role in a methamphetamine distribution conspiracy. Although Ms. Marino was found at sentencing to be the least culpable participant in the offense, she received the longest sentence of all charged defendants, solely because of the charging decisions the prosecutor made in her case. Her clemency petition was drafted by University of Minnesota law student Molly Davy (class of 2016) as part of the School’s Clemency Project field placement.1 Ms. Marino is the fifth commutation in the School’s Project to date.2

Ms. Marino’s offense involved no violence or guns. Her role was entirely supportive, and, until the late stages of the case, unknowing. She gave birth to her third child while in pre-trial custody. The child’s father, the leader of the operation, is scheduled to be released next year, seven years ahead of Ms. Marino’s original release date. By all measures, she is a very compelling case for clemency. In fact, her sentencing judge, Judge Ronald Longstaff, wrote a letter to the Pardon Attorney in support of her petition.

But not all cases are so clear-cut. At a press conference in August, a day after granting 214 commutations (the most by any president in one day in history), President Obama was asked why a quarter of his commutations so far had included inmates who possessed firearms in their offense. “Given your overall philosophy of firearms, can you reconcile that for us?” the reporter asked.3 The President responded with a portrait of a hypothetical inmate: someone who at eighteen was a member of a gang and carried a gun but is now twenty or thirty years older, with “an unblemished prison record . . . has gone back to school, gotten his GED, has gone through drug treatments, has the support of the original judge that presided, the support of the U.S. attorney that charged him, support of the warden, has a family that loves him.”4 In other words, when one steps back from a purely mechanical sentencing analysis and takes the full measure of the inmate in question, aggravating information can become less so – mitigated by context or rehabilitation. To paraphrase the Polish-American philosopher Alfred Korzybski, the model is not the individual.

For the past two years, students in the Law School’s Clemency Project have been doing just that – deconstructing and humanizing our brutal mass incarceration statistics, one person at a time. We have done it under the umbrella of Clemency Project 2014 (CP2014), the non-profit formed by five organizations (the ABA, the ACLU, Families Against Mandatory Minimums, the National Association of Criminal Defense Lawyers and representatives from the Federal Defenders) to recruit and train volunteer lawyers for the President’s clemency initiative focused on non-violent federal inmates, who have served 10 years or more in prison, and whose sentences would be lower today by operation of law or policy.5 Fifteen U of M Law School students working on over thirty clients have engaged in the nuts and bolts of sentencing advocacy. It’s the kind of advocacy that is at the heart of being a good lawyer. It involves a meticulous analysis of relevant laws and their application to the facts – an especially complex one in the context of labyrinthine federal sentencing guidelines and statutes. But, perhaps more meaningfully, it involves the less quantifiable factor of narrative depth and persuasion. In sentencing, good advocates turn into detectives, social workers, psychologists and story-tellers. We know our client broke the law, but who is she? Why did she engage in the conduct she did (or get caught, or get such a severe sentence)? What deprivations, mental deficits, addictions, personality traits, or just pure bad luck brought her to this moment when she faces a decades-long sentence? Who were her judge, her prosecutor, and her defense lawyer, and how do they measure up against peer statistics in the district of the offense, and nationally? These questions have led to very interesting, and sometimes discomforting, arguments in the petitions we have filed.

Added to the complexity of sentencing advocacy generally is the specific posture of clemency advocacy. Clemency advocacy is not adversarial, and as such, the clemency petition is the client’s only opportunity to present his or case as effectively as possible. It is important, therefore, that the petition addresses all potential red flags, pre-empts and mitigates opposition arguments that might be raised by the prosecuting district, and gives a thorough presentation of the factors that make the applicant deserving of clemency. A clemency advocate, therefore, needs to act as advocate and prosecutor simultaneously, to ensure the most compelling presentation.

The students have embraced the Project with passion. Not only has it given them an opportunity to draft a sophisticated written product in a real case, they have established relationships with individual clients. As we focused our efforts on Minnesota-housed inmates earlier this year, most students have visited their clients in person, at the federal facilities in Waseca, Sandstone, Rochester and Duluth. In fact, 20 of our clients are Minnesota-based. Will Orlady (class of 2016), a student who did an intellectual property concentration in law school, sums up the experience as follows: “The case method used in law school may be effective, but it often dehumanizes the disputes that give rise to the law we study. Meeting and, in turn, working with my Clemency Project client reminded me that behind each legal dispute lies a person with a life, a family, and a story. This lesson will stay with me going into practice.” For Lindsay Lancette (class of 2017), currently an intern at the U.S. Attorney’s office in Minneapolis, her work on the project reinforced her commitment to become a prosecutor who does “what is just, in the context of the whole offense and the life circumstances leading up to it.”

The President’s clemency initiative has been a searing spotlight on the human toll of our incarceration complex, and the damaged lives it has wreaked inside and outside the prison walls. But as the White House has said repeatedly, these batches of clemency grants cannot replace wholesale sentencing reform that would permit judicial “second looks” at long sentences, with the representation, transparency, adversarial testing and appellate review that such mechanisms would imply. The Robina Institute has made sentencing reform its mission, and its directors have written extensively on the importance of second look initiatives.6

My work on Clemency Project 2014 – both in representing individual clients and in reviewing over 2000 petitions for clemency – has reinforced one of my own observations. Time and again as a criminal defense advocate over the past 20 years, I have seen case outcomes dictated by the lottery of assignment – whether it be the judge, prosecutor or defense lawyer. This anecdata is echoed in the thousands of cases I have analyzed for clemency eligibility, in which particular districts, particular judges and even particular prosecutors have generated the majority of excessively harsh sentences. The rules designed to reign in disparities often give outsize power to the very actors responsible for them. This has implications for a law school’s educational and scholarship goals. Law school professors, after all, train the lawyers who fill these positions, and have research budgets and obligations that allow us to explore in depth the processes, capacities and biases motivating the lawyers who give meaning to our rule of law. But there is a surprising dearth of scholarly research on the day-to-day work of lawyers and judges. One notable contributor, and a recent guest of the Law School, is not an academic at all but a judge. Judge Mark Bennett from the Northern District of Iowa has been steadily building a body of work analyzing judicial attitudes and decision-making. This work needs to be amplified, and should be replicated with research on the work of prosecutors and defense lawyers.

As for our teaching mission, my experience with students in this Project is – and forgive the platitude – that there’s no substitute for doing. Like me, my students have been deeply moved by our visits to long-term prisoners, and their struggles to maintain dignity and hope in an environment decidedly lacking in it. The clemency work has given our students an ideal clinical experience: hands-on legal work with real people, production of a sophisticated piece of legal writing, and – because of the relatively short-lived nature of the representation – ownership in a representation. But even more meaningfully, we connect students in a personal way to the true import of mass incarceration, rightly described by Walter Dellinger as the great unappreciated civil rights issue of our day.7 Last I looked, a majority of our graduates are working in some area of criminal law immediately post-graduation (as prosecutors or public defenders, as judicial clerks or in other governmental offices). Practical experiences like the School’s Clemency Project field placement expose our students to the omnipresent role of discretion in our criminal justice system – and the obligation to use it responsibly and the power to use mercifully.

This blog posting was updated to reflect the commutations granted on October 27, 2016. 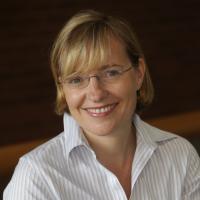