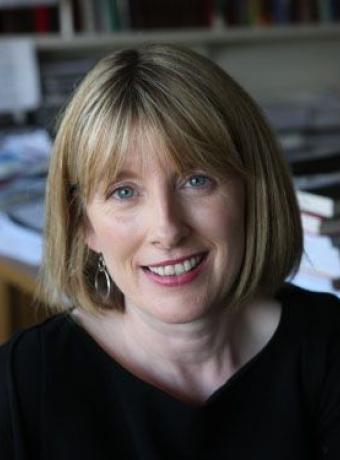 Professor Fionnuala D. Ní Aoláin is a University Regents Professor; holder of the Robina Chair in Law, Public Policy, and Society; and faculty director of the Human Rights Center at the Law School. She is concurrently a professor of law at the Queen's University of  Belfast, School of Law.

In 2017, Professor Ní Aoláin was appointed by the United Nations Human Rights Council as United Nations Special Rapporteur on the promotion and protection of human rights and fundamental freedoms while countering terrorism. In this capacity she works closely with states and United Nations entities to advance human rights protections in some of the most difficult contexts globally. She was re-elected by States for a further three-year term in 2020.

She is the recipient of numerous academic awards and honors, including a Fulbright scholarship, the Alon Prize, the Robert Schumann scholarship, a European Commission award, the Lawlor fellowship, and was a Leverhulme Senior Fellow. She had held multiple research awards including from the British Academy, the U.S. Institute of Peace, DfID (Department for International Development, U.K.), Research Council U.K., and the Economic and Social Research Council.

Her teaching and research interests are in the fields of international law, human rights law, national security law, transitional justice, and feminist legal theory. Her first book, The Politics of Force (Blackstaff Press, 2000), examined the use of force by state agents during the conflict in Northern Ireland and contained a unique empirically based analysis of all conflict-related deaths in the jurisdiction by state agents. The theoretical and policy focus of the research was located in an examination of the relationship between international humanitarian law and international human rights law.

Professor Ni Aoláin's work has continued to focus on the intersection of human rights and humanitarian norms. Her 2006 book, Law in Times of Crisis (Cambridge University Press), was awarded the Certificate of Merit for creative scholarship in 2007, the American Society of International Law's preeminent prize. Another monograph, On the Frontlines: Gender, War and the Post-Conflict Process (Oxford University Press, 2011), explores the experiences of women in post-conflict societies across multiple case studies. Her book, Exceptional Courts and Military Commissions in Comparative and Policy Perspective (Cambridge University Press, 2013), was co-authored with Law School Professor Oren Gross, and examined the use of exceptional courts across numerous jurisdictions, with particular emphasis on post-9/11 developments. She has published widely in the fields of emergency powers, conflict regulation, transitional justice, and sex-based violence in times of war and continues to write extensively on theoretical aspects of transition. She is also editor of the Oxford Handbook on Gender and Conflict (2016 with Cahn, Haynes, and Valji). Her forthcoming book with Cambridge University Press, Occupational Hazards, addresses the gender dimensions of the Law of Occupation.

Professor Ní Aoláin was a representative of the prosecutor at the International Criminal Tribunal for the Former Yugoslavia at domestic war crimes trials in Bosnia (1996-1997). In 2003, she was appointed by the Secretary-General of the United Nations as Special Expert on promoting gender equality in times of conflict and peace-making. In 2011, she was appointed as consultant jointly by the Office of the High Commissioner on Human Rights and UN WOMEN to prepare a Study on Reparations for Conflict Related Sexual Violence. In 2015, she was appointed by the International Criminal Court’s Trust Fund for Victims to lead an Expert Review on Reparations to victims in the Court’s first case.

She has been nominated twice (2004 and 2007) by the Irish government to the European Court of Human Rights, the first woman and the first academic lawyer to be thus nominated. She was appointed by the Irish Minister of Justice to the Irish Human Rights Commission in 2000 and served until 2005. She remains an elected member of the Executive Committee for the Belfast-based Committee on the Administration of Justice, and is also a member of the Irish Council for Civil Liberties. She served a three-year term on the Executive Council of the American Society of International Law (2010-2013), and co-chaired its Annual Meeting in 2014. She was Board Chair of the Open Society Foundations Women Program (2011-2017), and serves on the Board of the Center for Victims of Torture National Advisory Council.