The Role of Sentencing Commissions

The role of a Sentencing Commission is often embedded in its enabling statute, which will state the purpose of the Commission, identify its duties and responsibilities, and set forth its reporting requirements. Some Commissions are created for the sole purpose of developing guidelines or reducing prison populations, while others are instructed to study sentencing practices and make recommendations for improving sentencing policy, which may or may not include guidelines. The location of a Commission within the different branches of government also impacts the role it plays in the development of sentencing policy. Commissions located in the Executive or Legislative Branch will function differently than those located in the Judicial Branch or within an Independent Agency. A Commission’s ability to determine which specific sentencing related issues to research and analyze is dependent, to a certain degree, on the branch of government in which the Commission resides.

As with location, the structure of a jurisdiction’s sentencing guidelines will directly impact the role of the Commission. With presumptive or mandatory guidelines, there may be legal repercussions if the guidelines are not implemented correctly, thus oversight and monitoring are critical. Voluntary and advisory guidelines often will each require a unique set of monitoring and reporting requirements for which a Commission is responsible. In addition, a Commission’s access to data, coupled with staff resources and research capacity, will determine both the nature and focus of sentencing related monitoring and evaluation.

In addition to the stated purpose, structure, and resources of a given Commission, there are a number of operational factors that will impact the specific role of a Commission including: (1) age or maturity of the Commission; (2) political environment in which it operates; (3) level of credibility achieved; and (4) degree of collaboration with criminal justice partners.

A Commission’s ability to provide objective, accurate, and reliable sentencing related information, whether it is data or policy analysis, is a key factor in the success of any Commission. Understanding the role of partner criminal justice agencies and identifying the impact of various policy changes on sentencing practices and trends is one of key functions of a Sentencing Commission.

As mentioned earlier, Sentencing Commission roles are varied, and are dependent on a number of structural and operational factors. However, the role of a Commission usually centers around several major areas including:

While the role of Sentencing Commissions vary, what remains consistent is that successful Commissions operate as an objective body focused on developing data driven sentencing policies and practices aimed at reducing disparity, increasing certainty, and promoting proportionality in sentencing. Commission membership is often diverse in nature allowing for direct input from all major criminal justice stakeholders which provides a level of expertise that enables Commissions to examine sentencing policy from a system wide perspective rather than simply responding to a single issue. As jurisdictions attempt to balance cost of sentencing policies with the need to ensure public safety, Sentencing Commissions can provide the knowledge and expertise required. 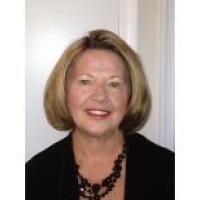