Revisiting Collateral Consequences: Their Impact In and Outside of the Courtroom

There are so many interesting areas of research in the field of criminal justice today. One of maybe the less well-known topics is that of collateral consequences. These additional restrictions and barriers are considered outside the realm of the courtroom (Johnson, 2002) and can continue to impact a defendant long after his debt to society has been repaid (Bender, 2012). These civil penalties can be imposed by state and federal jurisdictions (King, 2007; Pinard, 2006), and are considered indirect consequences of criminal conviction (Goulette & Frank, 2018). While collateral consequences were pushed into the spotlight with the landmark U.S. Supreme Court decision in Padilla v. Kentucky (2010), scholars and policymakers continue to examine how defendants are notified of these limitations and how these policies impact the lives and re-entry efforts of those who have been convicted of committing a crime (Goulette et al., 2014; Goulette & Frank, 2018).

Much of the concern surrounding collateral consequences is how they can limit an individual’s civil, parental, and spousal rights. In many jurisdictions, a felony conviction might restrict an individual from serving on a jury, running for public office, or voting in general elections. Felony convictions may be used in deciding child custody cases or when determining visitation rights. Individuals who have a criminal history are likely to be disqualified from becoming foster or adoptive parents, regardless of the type of offense they committed (Goulette & Frank, 2018). Finally, spousal rights can be limited when imprisonment is used as grounds for divorce (Buckler & Travis, 2003).

Collateral consequences can also limit future employment opportunities. A felony conviction is likely to effect individuals’ eligibility for acquiring or using professional licensures needed for employment. As potential employers continue to use background checks and require individuals to disclose their criminal records, individuals who have a prior criminal history may have further difficulty obtaining and maintaining employment (Goulette & Frank, 2018). While several jurisdictions have moved away from using the black box on employment applications, in an effort to protect those wishing to find a job, opponents of these measures argue that employers must be protected from liability issues associated with hiring an individual with a criminal history (Goulette & Frank, 2018).

Finally, individuals with a criminal history are likely to have other privileges restricted, including holding a driver’s license (Pinard, 2006) or possessing a firearm (Mitchell, 2015; Siegel et al., 2017). Collateral consequences can lay the groundwork for individuals to be eligible for harsher punishments or sentencing enhancements if they were to be tried in a future criminal court case. Individuals convicted of sex offenses can be charged and convicted of additional crimes if they fail to register their addresses with local authorities (Bender, 2012). Finally, a felony conviction can result in noncitizens facing deportation, having widespread impact on individuals and their families (Goulette & Frank, 2018).

Controversy surrounding the imposition of collateral consequences has been swirling for quite some time. First, many argue that collateral consequences create additional barriers and restrictions that limit an individual’s ability to successfully reintegrate back into society. Considering the barriers to employment imposed by collateral consequences, making certain occupations unreachable for some individuals (Pager, 2003; Leasure, 2019), and severely limiting most employment prospects for individuals simply because of a criminal conviction (Blumstein & Nakamura, 2009; Leasure, 2019), there is real concern that individuals are being set up for failure. This is particularly troubling when scholars have time and time again highlighted the link between obtaining viable employment and reducing the risk of reoffending for those individuals with a prior criminal history (Henry & Jacobs, 2007; Goulette & Frank, 2018).

Several scholars have examined if and how collateral consequences can impact select groups of individuals who have a prior criminal history or who are re-entering society after serving a prison sentence. In examining sex offender registration laws in Kentucky, Tewksbury (2005) concluded that individuals convicted of sex offenses felt they had limited employment opportunities and struggled to find housing options because of their status on the registry. Similar findings were noted by Frenzel et al. (2014) in their sample of individuals convicted of sex offenses in Wisconsin, Texas, and Pennsylvania. Dodge and Pogrebin (2001) found that recently paroled women struggled to find employment and housing to support their young children.

Although we did not survey individuals who had a prior criminal history or who were returning to society after a prison sentence, we thought it was important to ask those practitioners who are in the perfect position to advise and guide those who will experience these restrictions and barriers (Goulette et al., 2014). This ties in with the second concern regarding collateral consequences in that many individuals who are facing a criminal case may not understand the severity of these restrictions or the fact that many of these collateral consequences may not have a time limit for their applicability. While the U.S. Supreme Court argued that such restrictions as important as deportation should be discussed with defendants before they accept a plea agreement (Padilla v. Kentucky, 2010), it is unclear if or how often this actually occurs in courtrooms across the U.S.

In the years following the Padilla decision, there has been an increased effort to inform both practitioners and their clients of these restrictions and barriers on the lives of individuals (Goulette et al., 2014; King, 2007). Under the Court Security and Improvement Act of 2007 (Pub. L. 110-177, § 510, 121 Stat. 2534, 2008) the National Institute of Justice was mandated to oversee the task of cataloguing each and every collateral consequence imposed by law in every state and federal jurisdiction. While the American Bar Association (ABA) completed this study several years ago, opponents argue that more must be done to inform criminal defendants of such consequences (Malcolm & Seibler, 2017).

The knowledge and perceptions of criminal justice practitioners are important to consider as they relate to collateral consequences policy. After all, these are the folks who work with criminal defendants each and every day, and who will likely be asked to impose any policy changes or reforms. If defendants are supposed to be informed of these restrictions and barriers, judges, prosecutors, defense attorneys, or possibly probation and parole supervisors will be the ones required to do so.

So, where do we go from here?

Many might argue that there is still a great deal of work to be done. In exploring how collateral consequences impact re-entry efforts, I think it is time to go back to those who experience these restrictions and barriers on a daily basis. While much of this work was conducted in the early 2000s, it would be interesting to see how individuals and their family members are impacted by collateral consequences, whether they have been convicted of committing a sexual (Frenzel et al., 2014), drug, violent, or property offense. It might also be worthwhile to explore the perceptions of individuals on the overall punitiveness of collateral consequences, or how they perceive these restrictions to impact others who have been convicted of a criminal offense.

Scholars have continued to make the case that perceptions of criminal justice practitioners are important as well (Goulette & Frank, 2018; Goulette et al., 2014; Leasure et al., 2019). An area for more research could be to explore how their perceptions of collateral consequences effect their work with potential suspects or criminal defendants. Cubellis et al. (2019) investigated how the perception of law enforcement officers regarding sex offender registration and notification laws can impact their work in the field. Their work could easily be replicated to include judges, prosecutors, defense attorneys, probation and parole officers, and treatment staff who work with individuals who have been convicted of various crime types, and not just individuals who have been convicted of sex offenses. While these are just a few directions for future research, it is clear that we have not closed the door on exploring the issue of collateral consequences, their impact, or their place in the criminal court system just yet. 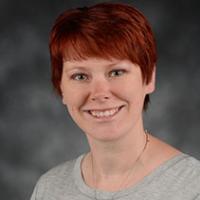