Incarcerated Mothers in Minnesota: Opportunities for Education and Intervention

Numerous research studies have examined differences between men and women and their “pathways in and out of incarceration.”1 2 As a result, it is now well understood that women often come to prison with particular burdens—they have much higher rates of trauma and mental health issues, they are disproportionately impacted by parenting responsibilities, and they are more likely to be living in poverty.  Investigating these issues in Minnesota naturally leads to a review of who resides at the Minnesota Correctional Facility (MCF)-Shakopee, which is the only state prison for women.

A majority (82%) of women incarcerated at MCF-Shakopee are of reproductive age (18-45 years old). In 2014, Shlafer and colleagues (in press)3 conducted an anonymous survey of every woman admitted to MCF-Shakopee during a six-month period. Among these women, 77% reported that they had minor children (under the age of 18 years old). Among incarcerated mothers, 66% reported that they lived with their minor children in the month before their arrest. On average, children of incarcerated mothers were almost nine years old (M = 8.74). Approximately 3% of mothers reported having children under the age of 1 year; 20% reported children between the ages of 1 and 4 years; 36% between 5 and 9 years; 28% between 10 and 14 years; and 14% between 15 and 17 years. In addition, 5.6% of incarcerated women reported that they were pregnant upon their admission to MCF-Shakopee. Notably, pregnant incarcerated women are younger, more racially and ethnically diverse, and less likely to have received their high school diploma or GED diploma compared to the general MCF-Shakopee population.

Research has consistently demonstrated that maternal education is strongly correlated with their children’s educational success.7 Therefore, educational opportunities for women and mothers at MCF-Shakopee are important to consider. Women have a range of educational opportunities at MCF-Shakopee. For those meeting eligibility requirements, they have chances to participate in post-secondary education at MCF-Shakopee. There are Career Technical programs in Microsoft Office, Cosmetology, and Heavy Equipment Operator. In addition, eligible women have access to higher education courses through partnerships with Inver Hills Community College, Augsburg University, Hamline University, and Minnesota State University-Mankato.

A few programs at MCF-Shakopee are specifically for incarcerated mothers. For example, women living in the Susan B. Anthony Unit have the opportunity to participate in Extended Visiting (EV). Through EV, mothers and children are able to participate in highly structured, extended length, child-centered visits at the prison. The purpose of EV, defined by the Minnesota Department of Corrections (MN DOC) is: “To provide offenders participating in parenting programs additional visiting privileges in order to build and/or maintain a nurturing relationship with their own children during the extended visits.”

The EV program is not available to all women at the prison, but only those mothers residing in the Anthony Unit, which has a specific focus on parenting. This unit houses women who have met specific eligibility criteria including residence at the facility for at least 60 days and demonstrating exemplary behavior during their incarceration. Women who meet criteria for residency in this unit must then submit a formal application for residency and participation in the parenting program. In addition to meeting eligibility criteria, women, their children, and their children’s caregivers must adhere to the DOC’s policies regarding pre-visit approval of visitors by corrections staff, the drop off and pick up of children, appropriate attire, physical contact, and healthcare for visiting children (if applicable).

Mothers also have the opportunity to participate in the Reading is Fundamental (RIF) program—a national children’s literacy program that the MN DOC has participated in for more than 15 years. The MN DOC RIF program allows incarcerated parents to choose three books a year that are mailed out to their children. Data from this program show that the women at MCF-Shakopee participate at a rate that is twice that of incarcerated men.8

In addition to these programs, MCF-Shakopee has recently taken important steps to support the relationships that all incarcerated mothers have with their children. Mothers incarcerated at MCF-Shakopee, but not housed in the Anthony Unit, visit with their children and other loved ones in the formal visiting room. Recent improvements to the visiting space have aimed to create a literacy-friendly environment, filled with educational stimuli, books, puzzles, and toys, that moms and kids can use together during general visiting hours.

While it is clear that MCF-Shakopee has parenting and education programs aimed at supporting women and their children and reducing risk for recidivism, ensuring that the children of incarcerated mothers do not follow in their mothers’ footsteps and become incarcerated as adults must also be a priority. This can only happen with continued support of existing programming, as well as expansion of evidenced-based, supportive efforts within and beyond the Department of Corrections. A majority of women incarcerated at MCF-Shakopee are mothers with minor children. Most of these mothers lived with their children prior to their arrest, most plan to live with their children upon release, and the overwhelming majority reported they would be interested in a parenting class during their incarceration. Yet, due to resource constraints and overpopulation, most mothers at MCF-Shakopee don’t have the opportunity to participate in a parenting education class and very few have the opportunity to participate in Extended Visits with their children. In order to fully support women during their incarcerations and prepare them returning to their communities better off than when they entered prison, we must recognize and value the “whole woman.” With this in mind, and in an effort to move “beyond recidivism,” we put forth the following recommendations:

As a state, Minnesota has a lot of work to do to address health and education disparities.9 One area of continued and expanding emphasis can and should be supporting parenting and education programming at MCF-Shakopee. 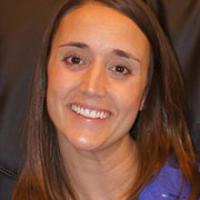 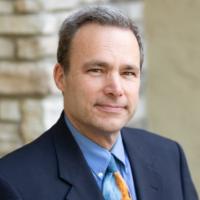