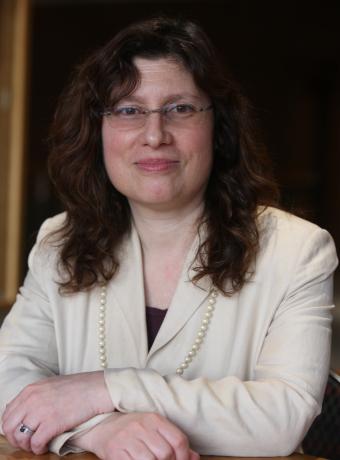 Professor Claire A. Hill joined the Law School faculty in 2006 after a year as a visiting professor. She teaches corporate law, mergers and acquisitions, contracts, and a seminar in law and economics. She is the founding director of the Law School’s Institute for Law and Rationality, and the associate director of its Institute for Law and Economics. She is also an affiliated faculty member of the University’s Center for Cognitive Sciences.

Before becoming a law professor, she practiced corporate law at several law firms including Milbank, Tweed, Hadley & McCloy in New York, and Dickstein Shapiro in Washington D.C. She has taught at the law schools of Boston University, George Mason University, Northwestern University, Georgetown University (where she was a Sloan Visiting Professor), and Chicago-Kent (where she was a Freehling Scholar). At the Law School, she was the 2007-2008 Julius E. Davis Professor, 2008-2009 Vance K. Opperman Research Scholar, and 2009-2011 Solly Robins Distinguished Research Fellow before being appointed the James L. Krusemark Chair in Law in 2011.

Professor Hill's research interests include corporate governance, capital structure, structured finance, rating agencies, secured debt, contract theory, law and language, and behavioral economics. She has published numerous articles on these and other topics; her articles have appeared in law reviews as well as journals in finance and psychology. Her work also has been featured on various business blogs. Securities Law Review, an annual edited volume of noteworthy scholarship in the field, included her articles in its 1998, 2005, and 2011 volumes, and the Queen’s Law Journal gave her its 2007 David Watson Memorial Award for significant contributions to legal scholarship for "The Law and Economics of Identity." She has been interviewed on television and radio programs on the subject of rating agencies.